What is the first thing that pops into your head when you think about super sports cars - be it a McLaren, a Ferrari, or a Lamborghini? Most likely, it’ll be the roar of that robust engine - a lion in the concrete jungle that leaves behind plumes of smoke for anyone who dares challenge it.

However, we now know full well that those plumes of smoke come with drawbacks. Carbon emissions – a term we are all too familiar with in the 21st Century – threaten the vitality of the Earth as we know it. A 2018 report from the Intergovernmental Panel on Climate Change (IPCC) highlighted the importance of cutting greenhouse gas emissions (above all CO2) to limit global warming to 1.5C.1 An increase in global temperatures by any more than this will cause a multitude of catastrophic effects, including threatened ecosystems, more coastal flooding and inclement weather, and even coral reef bleaching. 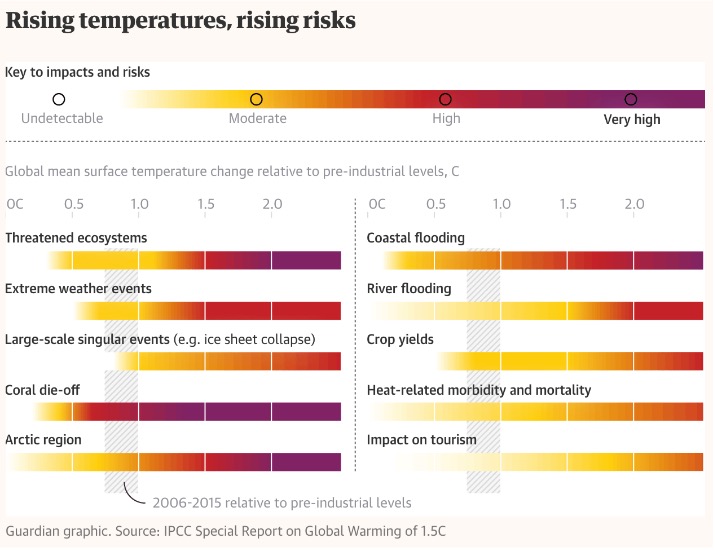 Naturally, this has led to a myriad of government regulations in order to preserve our current environment. Transport accounts for 30% of the EU’s carbon emissions (the largest sole contributor of CO2), 72% of which comes solely from road transportation.2 This makes automotive regulation the most obvious choice for environmental sustainability goals. For instance, the EU has stated that by 2025 cars and vans must meet an average of a reduction of 15% in CO2 emissions.3 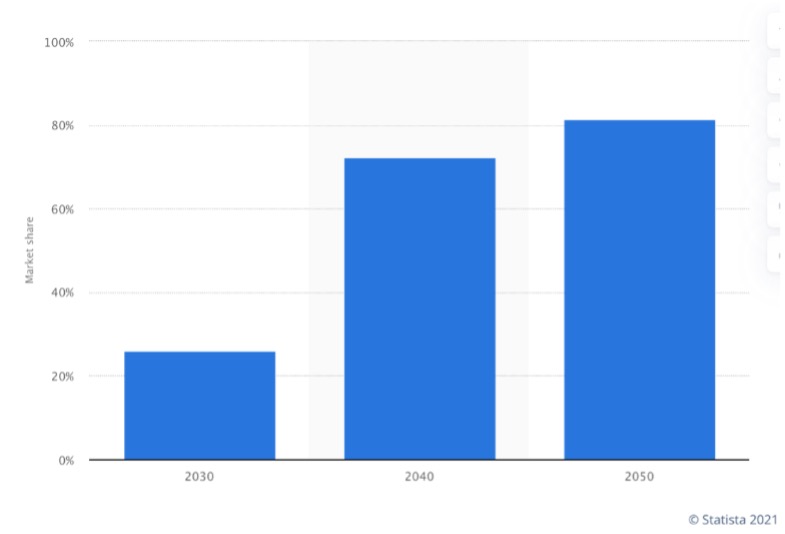 These forecasts have left incumbent market players (such as Volkswagen, BMW, and Hyundai, amongst many others) scrambling to produce a product line of electric cars in order to maintain their profit margins and compete with the likes of Tesla and other electric-focused vehicle companies. The mass interest in sustainable transportation has peaked the demand for the components of these vehicles, leading to unprecedented innovation in these technologies. For example, the 2018-2019 versions of some common EV models display a battery energy density (store of energy) that is 20-100% higher than that of their counterparts in 2012 - moreover, battery costs have decreased by more than 85% since 2010.6

While there are multiple alternatives for battery types in EVs, the type that has come to the forefront of the electric revolution conversation is the Lithium-ion battery. With a guaranteed lifecycle of 8-10 years (~160,000 km) and a power density (the speed at which it can produce and release energy) of about 1000 W/Kg,7 the Li-ion battery has a market size of $34.2 Bn in 2020, which is forecasted to grow at a CAGR of 18% until 2027, earning $129.3 Bn in revenue in that year.8 Interestingly enough, despite the name Li-ion batteries, they contain up to 80% Nickel, which is the key metal used in the cathodes. With EV sales expected to grow rapidly over the next two decades, Nickel demand for EVs is forecast to grow from circa 128,000 tonnes in 2019 to 1.23 million tonnes by 2040. According to Wood Mackenzie, when this rapid growth in demand meets the geological reality that only half the world’s nickel supply is suitable for use in batteries, we are faced with an annual deficit of 60,000 tonnes of nickel through 2027.9

The progress of EV battery technology is very promising; however, it comes with a few caveats. The reason Li-ion batteries have become a popular option for EV manufacturers is their high energy density, where relatively small current densities are needed for longer periods of time. This allows the EV to have an increased driving range – albeit at the opportunity cost of acceleration, as Li-ions suffer from limited power densities and a short cycle stability.10 This difference between energy density and power density is fundamental to the driving experience. The higher the energy density, the more battery energy can be stored and therefore the further an EV can travel before recharging. Alternatively, the higher the power density, the faster, energy can be released which for car enthusiasts out there, translates into higher horsepower and faster acceleration.

Li-ion batteries also have a limited number of charge-discharge cycles – a typical Li-ion battery charged to 4.2V/cell will only deliver 300-500 cycles until it needs to be replaced.11 One charge cycle can cause difficulties for EV owners: they need the foresight to leave a Li-ion EV charging for at least 2 hours, while simultaneously finding a charging port for their vehicle. In fact, the fastest EV charger (150kW, which is not even compatible with most EV types) will take a minimum of about 1 hour to charge a Tesla Model S with a 75-kWh battery.12 Without a mass overhaul of infrastructure and almost implausible innovation of this battery, the pitfalls of such will continue to turn fossil fuel purists away from sustainable options.

However, what if we told you that there is an alternative solution? What if there was a way to maintain the sustainability and benefits of a Li-ion battery, while simultaneously eradicating its disadvantages (without needing to wait for infrastructure and the like)?

Cue the apt naming ‘super-capacitor’. This nifty creation operates similar to a battery with a very significant difference: it stores its charge electro-statically through the accumulation of electrons at the surface of its electrode particles, while a battery stores energy through a multitude of redox chemical reactions in the bulk of its active materials. While a negligent difference to those of us with no chemistry knowledge, this has a massive impact on the energy that is produced.

Let’s first deal with the first disadvantage of a typical Li-ion battery: the low power density of 1000 W/Kg, which hampers its ability to accelerate the vehicle it is powering, even though it can store energy for a long period of time. A super-capacitor, on the other hand, produces a power density 10x times that: up to 10,000 W/Kg13 – although it has lower energy storage. Theoretically, this could mean 10x the acceleration of a standard Li-ion EV. This will not only enable more current flow which will enhance the acceleration of the vehicle, but super-capacitors are also capable of power-regeneration. This means that energy that is produced during deceleration is stored by the super-capacitor and is used later for acceleration. Consequently, this allows the battery to save its energy for less intensive purposes, thereby increasing the longevity of the battery as well.

Furthermore, super-capacitors have a charge time of 1-10 seconds – and not only that, but super-capacitors are capable of wireless charging as well. This extinguishes the need for the conventional plug-in chargers, as well as the potential myopia of forgetting to charge your EV when you get home from work the night before. If the rapid, wireless charging is not enough to convince you: super-capacitors are also capable of more than a million charge-discharge cycles.14 Unfortunately, the statistics just mentioned are when super-capacitors are acting alone. However, Li-ion super-capacitor hybrids have been tested and yield incredibly promising results, reaching a maximal energy density of 96 Wh/Kg, while simultaneously obtaining 10.1 kW/kg of power density! After 3,000 charge-discharge cycles, the hybrid energy system maintained about an 86% retention rate, far beyond the 500 cycles that a typical Li-ion can withhold.15

While technology for super-capacitors and Li-ion has a long way to go to be used commercially in tandem, super-capacitors themselves are being used for regenerative-braking systems aforementioned. Most notably, the Lamborghini Sian combines a super-capacitor powered e-motor in conjunction with a V12 engine – going 0-62mph in under 3 seconds, while also cutting the CO2 emissions by 9.6% in comparison to its Murcielago Coupe and Roadster.16 As technology advances and super-capacitors come to the forefront of the EV conversation, those plumes of smoke will indeed become less harmful. If you don’t believe us, just ask Elon Musk. In 2019 Tesla acquired Maxwell Technologies, the third top super-capacitor manufacturer in the world – so be on the lookout for the next Tesla with a super-capacitor under its hood.

A Primer on LME Warrants

Equity Risk in the Era of Commodity Bull Markets

Gold, Silver, Platinum and Palladium ETCs have been fully redeemed as of 10th January 2023. All existing investors have been reimbursed for their holdings. Final valuations are available here